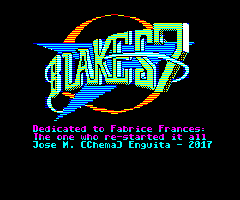 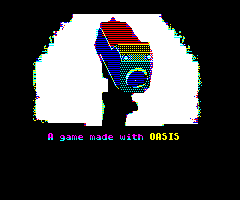 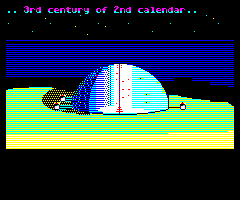 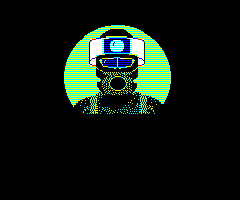 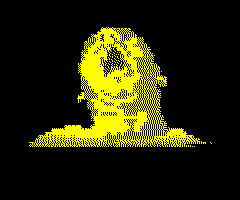 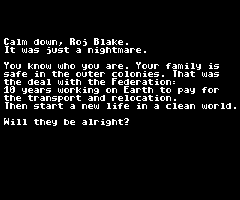 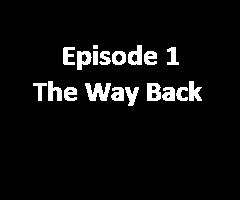 Here are a few questions for you:

If your answer to those questions is 'yes' we've great news for you!


Blake's 7 is a Point & Click adventure game for your Oric with specifications as you've never seen before.

Resembling LucasArts games such as Maniac Mansion or The Secret of Monkey Island, Blake's 7 brings everything you loved from those games to the humble Oric machines.

"The presentation is also very solid, including a good rendition of the late Dudley Simpson’s wonderful theme music and the occasional cutscenes which drive the plot forwards, nicely wrapping up a great package."

Blake’s 7 was a British science fiction television series produced by the BBC and created by Terry Nation, which aired back in 1978. Despite its low budget, the series became quite popular and stood up due to the dystopian nature, good characters, ambiguous morality, and a dark and pessimistic adult tone.

It is set in a distant future, where humanity has colonized other worlds throughout the Galaxy, but are forced to live in domed cities in Earth due to contamination. The dystopian society is governed by the Terran Federation, who controls the citizens through mass surveillance, brainwashing, and drugs.

The series tells the story of a group of political dissidents commanded by Roj Blake (you!) who gain control of a technologically advanced alien spaceship. This group of rebels is little more than a bunch of criminals (except Roj Blake, who was accused with false charges), so conflicts between their interests and Blake’s idealism are always arising, especially with Kerr Avon, a technological genius who was captured in the only occasion he relied on other people.

Throughout the series, Blake’s group is tirelessly pursued by Supreme Commander Servalan, one of the best villains ever, and Space Commander Travis, a dedicated and ruthless soldier. They will not spare any resource to capture Blake and his group, but Servalan is also a power greedy manipulative woman, who follows her own agenda, and wants the alien ship to be captured intact to serve her own interests.

In this game you play the role of Roj Blake, a content citizen living in one of the many domed cities in Planet Earth, under the Terran Federation Government. From the beginning you’ll learn that something is not as it should be. You often have nightmares and start to worry about your family, who are supposed to live in an outer colony, while you work here for 10 years in exchange.

A friend of yours, Ravella, will introduce you to a much more cruel reality, which will make you reconsider who you are, your own past, and your future.

Explore, enjoy yourself, and live the story that unfolds as you advance. Patience, perseverance and imagination are the keys to solve some the puzzles and make Blake start a journey that will make him become a legend.

The legend of Blake’s 7.

To play this game, you need a 48k Oric system2 with a microdisc unit, or an emulator3 providing the equivalent feature set.

Important: The game auto-saves every time you perform an important action; make sure the disk (real or virtual) is not write protected! And if you use some form of emulation instead of physical floppies, make sure the changes get correctly flushed to disk as well!4 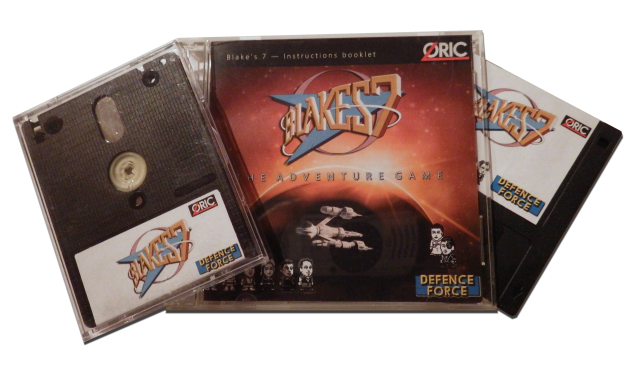 You can download the current English version5 of the game here:

Blake's 7 (v1.3 - English)
All downloads come with the game in DSK format6, an information note on how to use the file, and a printable PDF documentation.

And some bonus material for you who want to create a real floppy, complete with stickers, cover labels and printed booklet with color cover:

If you like the game, if you have questions, if you want to post encouragement messages or suggestions, feel free to register on the Defence-Force forums and post your message in the official: Blake's 7 feedback and review thread.

Please report any further bug that you encounter (in the forums or directly emailing me at enguita@gmail.com). I will try to fix them as soon as possible

I wanted to create this game as homages both to old LucasArts graphic adventures, and the marvelous Blake's 7 TV show.

No copyright infringement of any kind is intended, and there is no lucrative interest in this production. The game is completely free and has been created by a fan for the fans of retro-computing.

This game itself is distributed under the Creative Commons v. 4.0 license: CC BY-NC-ND 4.0 and is © José María Enguita—2017.

I only ask for one thing: if you download and play this game, please take a picture of your computer running it and send it to me or post it in the defence-force forums.

No selling of any kind is permitted.


1. Issue 176, page 108↩
2. This includes the Oric 1, Oric Atmos, and Oric Telestrat. OSDK is not compatible with the first, original, machine in the Oric range (the Microtan 65). If you never heard of Oric before, you can read about it on Wikipedia↩
3. This game should be compatible with the following emulators: Oricutron, Euphoric (and derived versions like Caloric or XEuphoric), Mess, and probably some more.↩
4. In Oricutron in particular, your should probably enable the 'diskautosave = yes' option in the configuration parameters. ↩
5. The Spanish and French version are available on the associated pages.↩
6. The most commonly used format on the Oric, supported by both software and hardware emulators, and can be used to create real floppies↩ 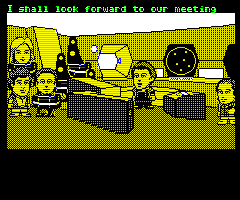 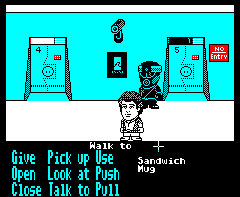 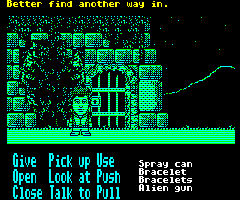 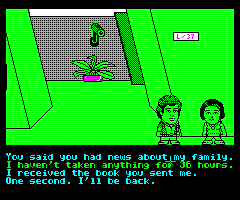 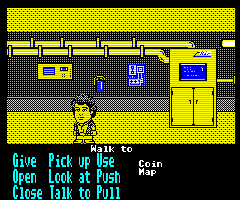 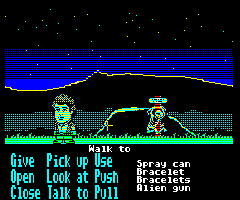 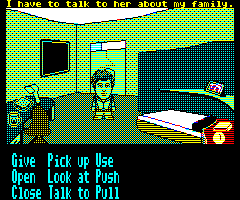