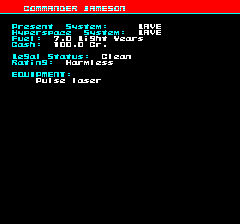 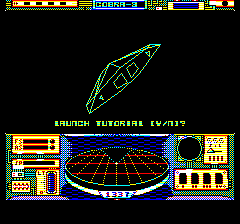 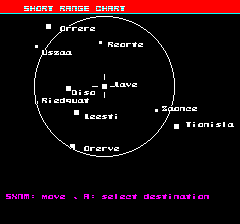 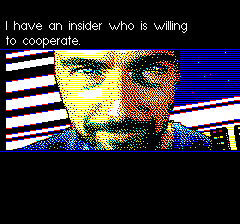 General informationAwardsSystem requirementsFeedbackChangelogVideosCopyright, price and similar things
1337 is the game you have been waiting for !

Featuring fast real time 3D, action, simulation, resource management, full support for your Microdisc (loading and saving of your game sessions), and even a complete tutorial to allow you to discover the game progressively without even having to read the exhaustive manual.

1337 won the 2010 Oldschool Gaming Game Of The Year Award despite a very strong competition. Thanks to everybody for your support! 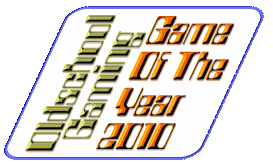 "When it comes to the award everybody lusts after, (...) there was quite a few titles that really distinguished themselves during 2010 (...), but the game that was mentioned by twice as many of the people "polled" for this round-up than any other was wireframed space trader 1337 for the Oric, a truly mammoth project that took over two years to reach fruition for developer Jose Maria Enguita (aka Chema) and the team of dedicated Oric lovers who stepped up to help him create something exceptional."

To play this game, you need an Oric system1 with a microdisc unit, or an emulator2 providing the equivalent feature set.

If you like the game, if you have questions, if you want to post encouragement messages or suggestions, feel free to register on the Defence-Force forums and post your message in the official 1337 feedback and review thread

Version 1.10
Several bugs have been corrected in version 1.10 (versions 1.0x were all intermediate working versions sent only to testers,
so if you have any of these, upgrade to 1.10). The README.TXT file contains instructions on how to import your saved games
from the version 1.0x.

Thanks to Shaun Bebbington and Maximus for spotting these bugs and helping me in making this new version.

Here is the introduction sequence of the game:


And here is some gameplay footage:

This game has been written by fans, for the fans. The game is entirely free.

If you wish to give some feedback, you can post messages on the official forum.

1. This includes the Oric 1, Oric Atmos, and Oric Telestrat. OSDK is not compatible with the first, original, machine in the Oric range (the Microtan 65). If you never heard of Oric before, you can read about it on Wikipedia↩
2. This game should be compatible with the following emulators: Oricutron, Euphoric (and derived versions like Caloric or XEuphoric), Mess, Atoric, Amoric, and probably some more.↩ 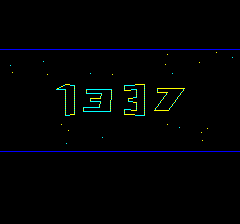 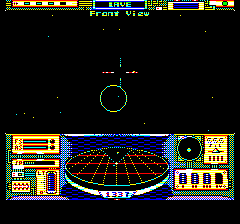 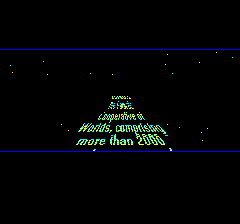 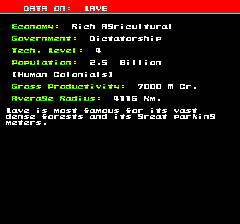 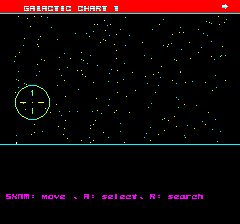